NEW FEATURE 🎉  Introducing the Carrot Community  See How it Works →

Have you ever wondered if you’re on the right path? If your passion for building a sustainable business with passive income that creates financial freedom for you and your family is actually possible?

After all, maybe the wildly successful people are just the lucky ones. The ones who have that special temperament or were raised by that unique family.

Maybe you’re just not cut out for the success you dream of one-day achieving.

Or maybe, Tom Cafarella is right.

Tom Cafarella is the #1 home buyer in Boston, where they fix and flip over 100 homes every year (see how many Leads Carrot has generated), they have 150 team members, and he has a yearly marketing budget of $1 million.

Now, I know what you’re thinking.

“How will I benefit from Tom’s story? He’s just one of the lucky ones.”

We wanted to note that Tom was the #1 Home Buyer in Boston before Carrot. He owns a very successful real estate brokerage company in the Boston area and has been highly successful with direct mail, radio, and billboards. Also prior to Carrot, he had online marketing experience with different customized websites. But, it wasn’t until he joined and implemented the Carrot system, that his online lead volume doubled.

Hearing his story and learning what he did to get where he is might inspire you. 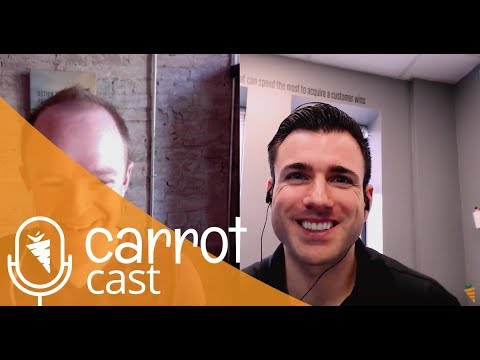 In all started when Tom was born. He wasn’t born into a wealthy family where he inherited massive amounts of money and loads of entrepreneurial wisdom.

Tom struggled financially and couldn’t seem to get ahead of the incoming bills. Growing up, Tom learned the consequences of being poor and he committed to himself that he would never live a life where money was an issue.

So what did he do?

He poured all of his heart into education, believing that through good grades and a marketable skill set, he would make plenty of money and never struggle with finances again.

After majoring in pre-med in college and getting straight A’s throughout practically his whole school experience — which he hated, by the way — Tom decided to double major in accounting.

At the time, accounting jobs were everywhere and Tom saw it as a way to secure his financial corner of this world. He would get a safe job that could support his family and he would work every day for 8 hours.

That is until he started working. Shortly after finishing school, he received a job at an accounting firm. He arrived the first day for work, took a seat at his desk, and immediately hated his job.

“It was worse than jail,” Tom described.

His entrepreneurial spirit wouldn’t allow him to work a desk job where he had very little say in his schedule, the company’s progress, or anything else business-related.

He needed a way out. But how? How could he get out of this hole he had dug himself into?

So he bought lots of books that discuss success and happiness and studied the process for pursuing true financial freedom.

As he did, he started to learn more and more about real estate as an entrepreneurial industry.

He became fascinated with real estate agents, wholesaling, and investing.

As he invested an increasing amount of time into his newfound real estate passion, relations at his accounting job got rickety and he was eventually fired for being so often side-tracked.

Tom was 25 years old when he got fired and he felt like a total failure. He didn’t immediately tell his family because of the ensuing embarrassment he was expecting.

Eventually, though, Tom realized that getting fired wasn’t the worst thing that happened to him. In fact, it’s exactly what would free him.

Since Tom was still living with his parents and had very little risk involved, he decided to pursue his dream of building a remarkable real estate business in Boston.

To start, he was a real estate agent.

But, after a while, he was given the opportunity to do a wholesale deal. One that he made a whopping $115,000 off of.

Although he admits that that deal was unusual, he got excited none-the-less and decided to start investing all of his time into building a wholesaling business.

At the time, though, he didn’t know how to replicate the deal he had done. How do you bring in more leads consistently? How do you convert these leads? How do you find qualified leads?

These were all questions that needed answers.

So Tom worked 100-hour work weeks for a while to build his real estate investing business.

As he learned and become more adept in the real estate industry, his business became increasingly successful.

He tested everything with his marketing tactics — from SEO and PPC to Facebook Ads for real estate and bandit signs. Some things worked. Others didn’t.

Find out the exact system Tom uses for his Facebook marketing Read it here.

But he wondered how is website was performing and if it could be better. He kept hearing talk of us here at Carrot and decided to give us a try.

He originally thought that his current website was fine, but after using Carrot, he learned the value of using a website that’s built for conversion upon years and years of thousands of a/b tests for real estate investors.

Nothing can replace that, and at $100 per month, Tom claims having a Carrot website is a no-brainer.

“If people don’t have a Carrot website, I won’t help them, because that’s where they need to start.” Tom said.

Real estate Facebook ads are incredibly targeted and Tom emphasizes the fact that other real estate investors should spend the bulk of their time thinking about their relevance score.

A high relevance score on Facebook will lower your cost per lead and make your business more successful because of it.

The Why and How of Getting Leads from Facebook Ads for Real Estate [Infographic] Learn more here.

Learn how to drive leads to your site and build an audience with Facebook marketing. 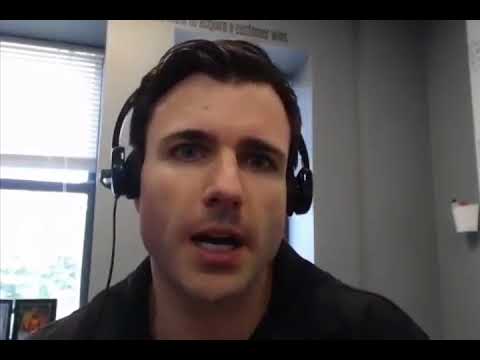 Whatever you do and regardless of your budget, Tom says you must market and you must consistently market.

Pay attention to current leads and don’t let old leads die. Find a way to keep in touch with the people who’ve been leads for a long time because chances are, they’ll eventually be ready to buy. You just have to give them the necessary time and build a trustworthy relationship.

Your goal as a real estate investor should always be to keep increasing your marketing budget and your ROI.

Additionally, Tom believes in using marketing tactics that very few people in the area are using to help yourself stand out. Tom loves cold calling for this reason — it stands out from everyone else’s marketing efforts.

He’s financially free and his business is thriving.

Throughout Tom’s story resonates one particularly important point: hard work will take you where you want to go.

When asked what makes the difference between someone is successful and someone who isn’t, Tom said,

On Tom’s wall behind his desk, there’s a quote that reads, “Ultimately the business that can spend the most to acquire a customer wins.” And he’s right. But all of this takes time. None of it happens quickly and you have to invest an inordinate amount of time to get where you want to go.

For those who do, they have very few regrets. Are you willing to put in the time and effort?

“You can get rich, but you have to build the business.”

If you are willing, connect with us here at Carrot and we’ll make it happen for you. After all, real estate investor lead generation with some experts at your back is a whole lot easier than doing it alone.

Hit us up in the comments and we’ll connect with you personally.

Learn how to drive leads to your site and build an audience with Facebook marketing.