I have the tenacity to never give up because I am focused on rewriting my narrative. By living a life of purpose, I am not only able to inspire those closest to me, but I will also be able to leave my footprint on humanity.

From 5 Years in Prison to 5 Deals a Month Wholesaling, Here’s How Ben Lovro Does It

Not only has Ben Lovro had a massive comeback with his life and his career, but he is dedicated to living a life of purpose. His story inspires those around him and his goals will help him have a lasting impact on the world. He started with nothing and is now owning the markets around him.

Ben is a perfect example that if you do the work, get the right tools, and the right team, you’ll be able to crush it too. Today he is sharing everything he does master his mindset and get 4-6 wholesaling deals each and every month.

Read the Full Show Notes Below…

It’s no secret that I love doing the CarrotCast. One of my favorite parts of my job is connecting with Carrot clients, who aren’t only crushing it, but who have been able to completely transform their lives, inspiring those around them to do the same.

Ben has been a Carrot customer for a few years now, and he is someone I have wanted to have on for a long time. His story and transformation are nothing short of incredible. I am excited to share with you his story, his processes, and his tricks for maintaining a positive mindset.

Getting Started With The End In Mind

Ben’s background is a little rough. After spending 5 years behind bars, he moved from New Mexico to South Carolina for a fresh start. While waiting tables, he knew that he had a higher purpose in life. He read…

and realized that real estate was going to be the vehicle to get him where he wanted to be.

His first deal was an out of state property that he was able to resell about six months later for a small profit. He then dove in with cold calling, building a team and processes that eventually carved out a unique niche in the industry.

After gaining some momentum, Ben went all-in on SEO and his inbound leads. He’s taken his Carrot site, personalized it, and is now ranking number one or two within his markets.

When he was first starting out, Ben was focused on his outbound marketing. He did a ton of cold calling and sent out a few direct mail campaigns. While the leads were there, they were spending a lot of time weeding through leads to get a deal in the door.

Ben realized he wasn’t honoring his time and need to work smarter, not harder.

Once Ben got his Carrot site, he went all in. He completed went through all of our training and implemented our 3 Lead Per Day Training as the standard for his business. Her knew SEO was going to be a long term strategy, but he wasn’t afraid to do the work to position himself as a market authority.

After about 6 months he was on the first page of Google.

A couple of months later, he was number one.

The leads he was getting from his inbound marketing efforts were higher quality and were typically properties of higher value. Once he realized how much time was being spent trying to close a deal via cold calling, it was clear that he needed to transition the majority of his efforts to inbound marketing.

Inside: How to find the most profitable keywords, top ranking keywords, and what to do with these keywords on your website.

For Ben, all of his success has been a result of his mindset. As entrepreneurs, we all have those days where we want to quit. When we question what we are doing and if we really want to keep doing it. For me, when I am feeling this way, I go back to my goals, I remind myself why I am doing what I am doing and what my purpose is. I will take some time to do an energy audit so that I can get back at it with renewed energy and motivation. This reminds me of the impact I want to make and the people I want to help.

For Ben, it is all about his morning routine. Taking a few minutes to meditate, pray, and read sets the tone for his entire day. Taking this time allows him to remove all of the negativity, giving him the confidence and determination to keep moving forward. By filling his mind up with positive thoughts, he is able to drown out the negative ones.

Ben is a reminder to every investor and entrepreneur that you should never give up. Even if you aren’t there yet, tomorrow is a new day and a chance to start all over. With some hard work and a positive mindset, you will be able to reach your goals and make the impact you desire!

Mentioned in This Episode: 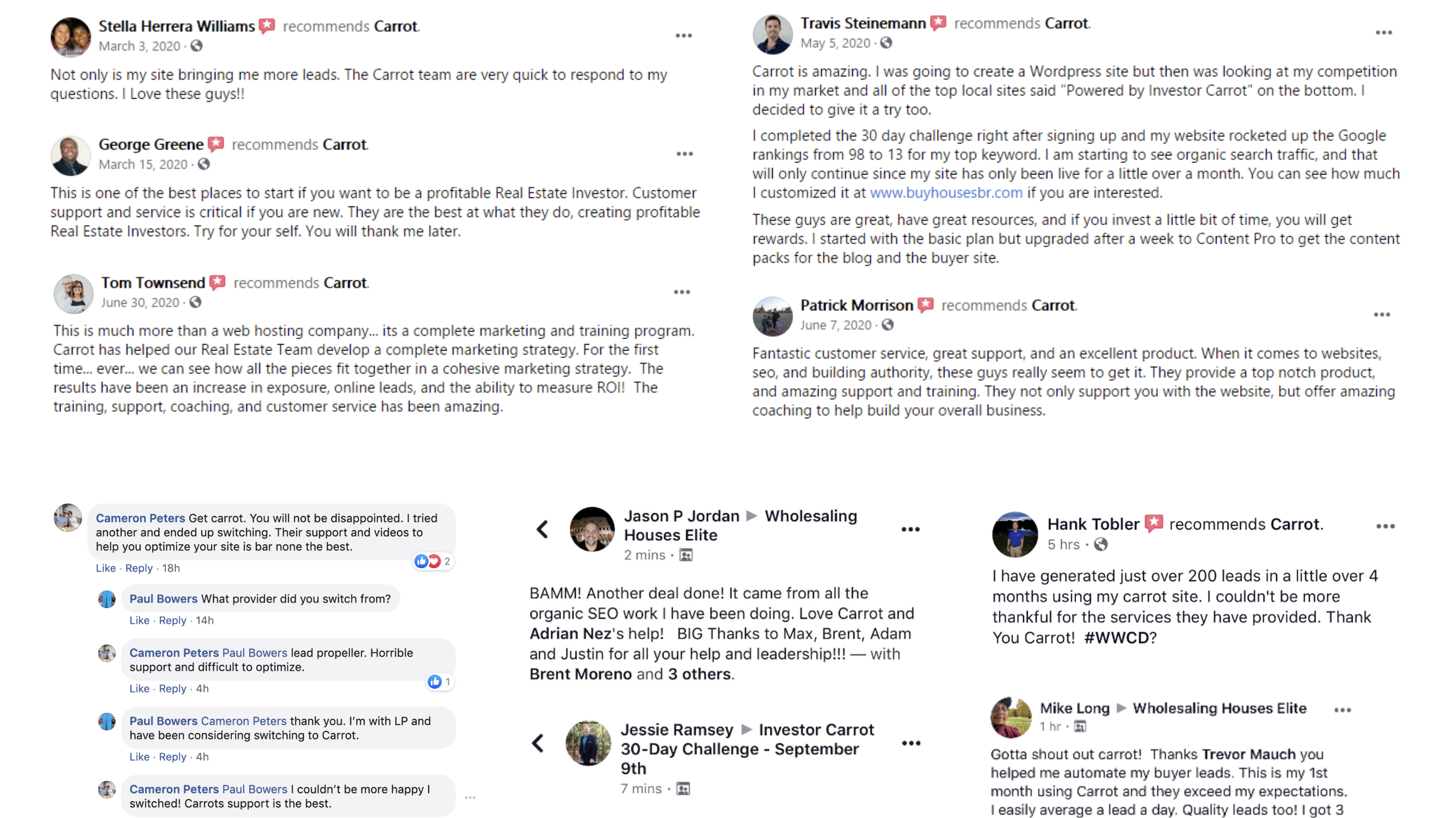 How Much Does 1 Lost Deal Cost You?

See why over 7,000 trust their real estate businesses to Carrot.

Take a Free Demo of Carrot

We want to hear your thoughts on the podcast! Drop them in the comments section below or hit us up on Facebook or Instagram!