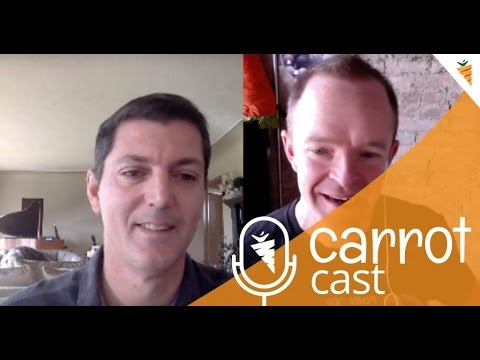 There are a lot of podcasts out there that are celebrating the entrepreneur life and what you can do and achieve. And, that is all fine. But I also think that is like looking at a balance sheet and only looking at the assets and never looking at the liabilities.Seth Buechley

As you listen to the Seth Secret Happiness Story, I want you to really think about what motivates you to be successful, have meaningful relationships, and leave your mark on this world? (Don’t be afraid to share them with us)

Seth sold his first company when he was 29 for just under $20 million bucks.

–  But he was miserable.

The next several years were some of the most confusing and unhappy years of his life.

After losing most of his money from the sale, he got a second chance to do it all over again, and grew another company even bigger ($60M/yr in revenue) that just recently sold.

During that journey he learned the secret to true happiness and contentment, while still ambitious…and leaving a legacy and living the life he’s always wanted to live. He wrote a book called “Ambition: Leading with Gratitude” (BUY IT. SERIOUSLY. NOW.) and you’ll hear that Seth Secret Happiness story in this episode…

Listen to the Podcast

In this inspiring episode of the CarrotCast, Seth and Trevor discuss…

Having gratitude is as close to a silver bullet as you’re going to get. Click to Tweet

2:40 – The curious story of Seth Buechley.
5:00 – What is Ambition? Where Seth’s ambition lead him and why it can have a negative connotation.
10:50 – What the implications of being ambitious are and being “hardwired” with it.
12:15 – Liabilities and depression among high achievers. How to recognize it.
17:20 – Seth Secret Happiness Story – how he fights his way out of a funk.
23:40 – Why taking the time to celebrate wins and accomplishments is so important for mental wellbeing.
24:00 – How the mindset of being a more grateful person and developing a company around its culture has made Seth a happier and more fulfilled person.
29:30 – After the first go around with struggles, what changes Seth made the second time to avoid stepping into a bear trap.
33:35 – Why setting time aside and giving yourself space to deal with issues is a trait that shouldn’t be avoided.
38:20 – The world as we know it now:

Too often we spend our days scouring the digital pawnshop of our smart phone while ignoring the treasures we already have. Particularly at home.Seth Buechley

39:10 – How we can try to get away from the “beast of an addiction” – our phones.
43:15 – What is going to make the biggest difference in times we’re living in – the age of “information”.
45:45 – Some final advice for anyone who is going through the ambitious and driven part of their life right now.
Leave a positive lasting impact on future generations. Click to Tweet