“I’m not getting any leads through my Carrot website. I’m just going to cancel it.”

That’s what Troy told himself one day as he drove to work. He almost did it, too. Thankfully, he gave it another shot.

And he couldn’t be happier… 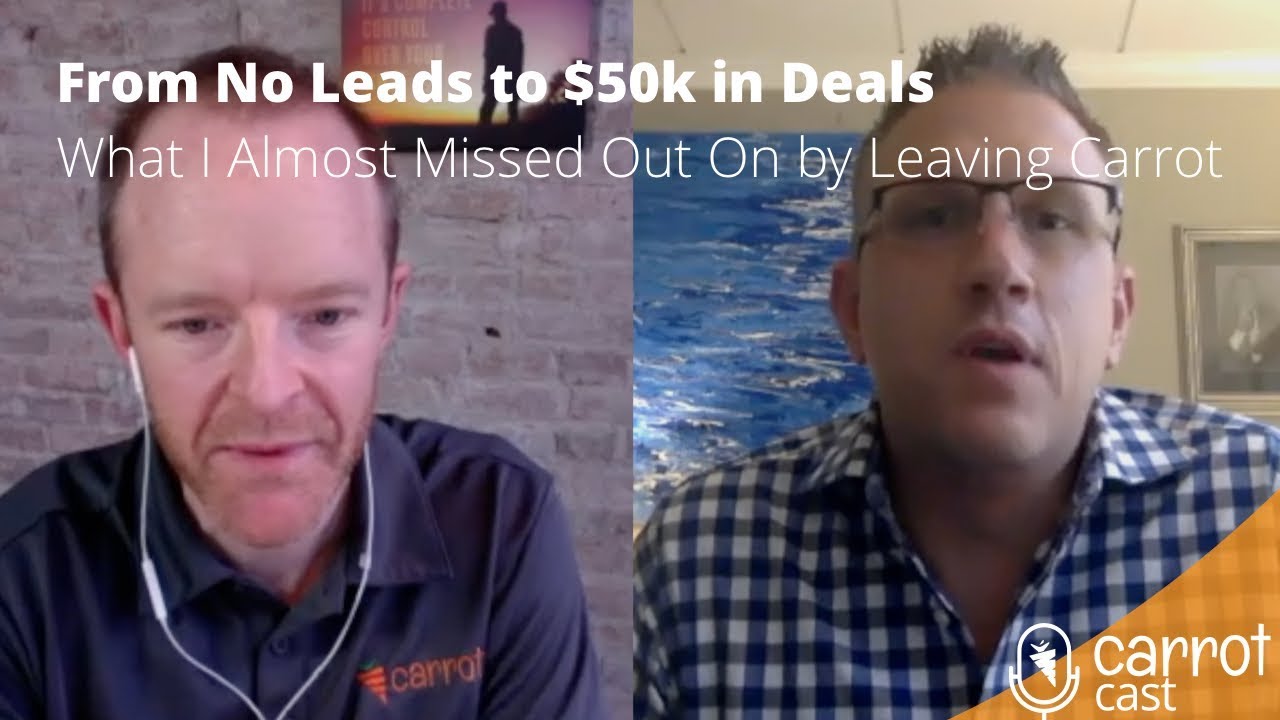 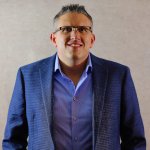 Troy is a real estate investor out of Milwaukee. He’s no rookie – with over ten years of experience and plenty of closed deals, it’s clear that he knows his stuff.

Troy had a good thing going. He was spending his time buying and selling income properties to other investors and making a healthy profit.

One day, Troy decided to take things to the next level. He found out about Carrot and got his hands on one of our high-converting websites — powerful, lightweight sites that are made to dominate Google rankings and convert visitors into leads. 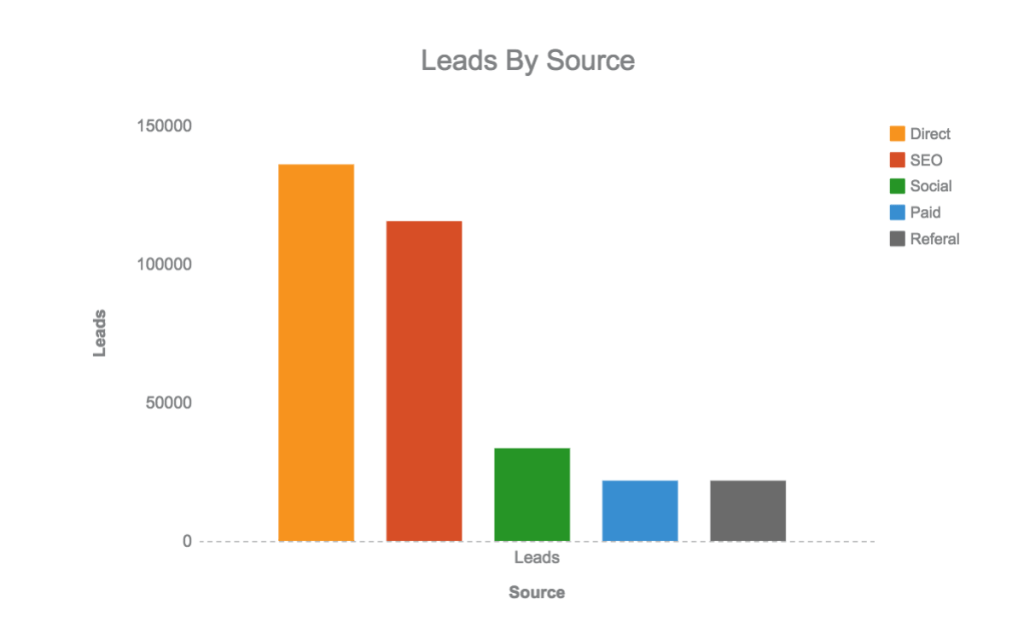 They’re made just for real estate investors like Troy, so once he set up his own site, he was hoping to get a lot of new leads…

But leads started drying up…

Some time passed, and he didn’t do much with the site beyond a bit of customization. He wasn’t actively trying to drive traffic to it with PPC or SEO, so it really just sat there.

That wasn’t a big deal until the market started shifting and Troy found that leads were getting harder and harder to come by. The other lead sources he used had all but dried up, and his Carrot website didn’t seem to be doing much for him.

“Sources that were giving me enough leads and deals these last years just weren’t enough to keep me busy. A lot of those have dried up… I had to find something else.”

That’s when he decided he could save some money every month If he got rid of his Carrot site. After all, what good is a high-converting website if no one ever sees it? It doesn’t matter how optimized it is if it’s just sitting there collecting dust. So he started researching how to cancel his Carrot subscription.

But then he thought, Quitting is the easy way out… maybe one more shot.

And he decided that he wasn’t ready to quit just yet. He realized that he hadn’t been doing as much as he could to drive traffic to the website, so he wanted to give it another go.

“I knew if I took the DIY route it wouldn’t have gotten done the way it needs to get done… so, I hired out and the leads that came in were more than enough to pay for it. So, it’s totally worth it — and it happened faster than I expected.”

How Troy made it work…

The second time around, Troy took it a lot more seriously. He found some great AdWords marketers and hired them to help him with PPC. It was a hard cost to stomach, especially while his leads were buckling, but once the PPC started bringing in traffic, he realized how powerful his website was.

“It was a bigger upfront cost, but it only takes one deal to pay for it, so it would be crazy not to give it a try.”

Steady leads have been flowing in ever since.

For Troy, the high cost of marketing and PPC quickly paid for itself. All it takes is closing one solid lead in a month. Troy closed four. He brought in $50,000.

Better yet, he started working on SEO, and now that more organic traffic is flowing in, his PPC is cheaper than it used to be, and he’s pulling in even more leads.

“Early on, the cost per lead was hitting $3,000…but now that I’m starting to get SEO leads that’s helping quite a bit.”

This gave him the freedom to focus on improving other aspects of how he does deals.

He experimented with different follow-up methods to see which worked best, and now that he adopted a more aggressive follow-up method, his leads per deal ratio is up from 10:1 to 5:1. He’s always experimenting with direct mail.

Troy realized that paying for his Carrot website and the AdWords marketers that he hired wasn’t a necessary evil – it was a sound investment. If he left his website without trying to make it work, he wouldn’t have saved money. He would have lost it… 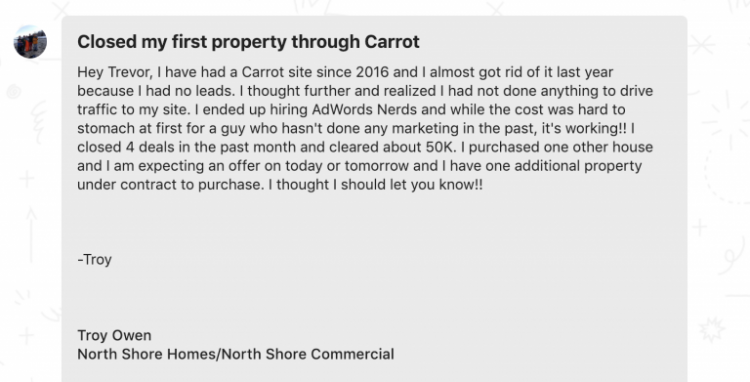 “I knew the cost would be significantly higher in the first few months, but it didn’t take all that long. Now more deals are coming in, I’ve had some bigger deals come through, and that cost per lead is dropping down.”

Troy paid for services that ramped up his business. If he left Carrot and decided that the AdWords marketers were too expensive, he would have lost $50,000 in opportunity costs. That’s a type of cost that people don’t usually factor in, but it’s essential if you want to be a successful real estate investor.

An underperforming website or a lack of marketing can cost you. On the other hand, putting down money for services that can boost your income in the long term is a solid investment.

If you’re using Carrot and PPC marketers like Troy did then you can rest assured that you’ll get a lot more eyes on your website while maintaining a high ROI.

These services can pay for themselves many times over. Here at Carrot, giving our clients a good return on their investment is one of our biggest goals.

That’s why we equip them with the best tools out there, crafted with real estate investors in mind. From our high-converting websites to our Content Pro and Advanced Marketer Plans, you’ll have everything you need to generate leads and close deals.