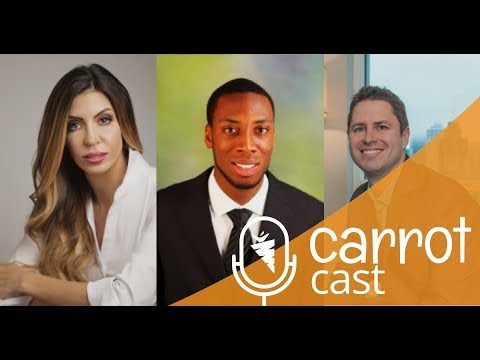 In order to be successful in anything that we do, we have to leave what we were doing and old mental attitude, and go towards something else. Trevor Mauch

Good morning, good evening, or good afternoon, whatever time you are listening to this episode of The CarrotCast, and I’ve got a special treat for you.

I was down in Dallas, Texas, had a Mastermind just recently, it was the Investor Fuel Mastermind with Mike Hambright and a bunch of other amazing people. About half the room was Carrot customers, actually.

And what we did was we did an impromptu podcast with three of the Carrot customers after the Mastermind. We sat down at a table and literally put this cell phone in the middle of the table and the audio quality ended up way, way, way better than I thought it would. But we had a great conversation.

We’ll introduce you to those three Carrot members here in a bit.

The cool thing about it is they all are completely different backgrounds. They all are focusing on different parts of real estate. They all do a lot of different marketing stuff. 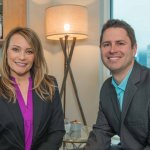 Blake McCreight is actually in Chicago, and he’s a non-techie, totally non-techie, 40 years old, closing a bunch of deals. In his past life, he was a turnkey guy, doing a bunch of turnkey stuff and he’s pretty much strictly just getting down and dirty and learning the real estate lead-gen side of things.

He did a bunch of wholesale deals. He’ll talk about how he did it. 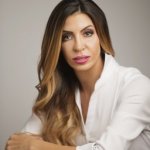 Jamie Wooley. Jamie’s actually from Dallas, Texas, did 102 deals in her first full year as a real estate investor in one of the most competitive markets in the country, and she talks about how she’s doing it. And she’s really hitting things hard, and what her “why” is, because it’s not what a lot of other people think.

“I want to hit it hard for three or four years, really build a massive stockpile of cash and an asset, then stop and go hang out with family again.”

But she’s doing massive things, $50,000 a month in marketing. She didn’t start there, though. She walks up through how she did it. 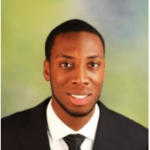 And, then we have Rashad Sullivan out of California, young guy, 25 years old. And he’s crushing it, doing bunches of deals, did almost a half a million dollars in gross revenue in 2017, and he talks through how he did it.

But we talk about a lot of life stuff, too, so I think you’re gonna really enjoy this. One thing I want to toss at you is this: Every single week, I host a webinar. Just go to OnCarrot.com/webinar.

And this webinar actually is gonna dive into exactly how these market leaders are doing what they’re doing. It’s called the Market Leaders Revealed Training.

This Market Leaders Revealed call is gonna dive through the data, it’s gonna go into exactly what the big people in each market … even people who are just like the ones in this podcast you’re gonna listen to … what they’re doing to get most of their leads and deals in this market.

Without further adieu, we’re gonna dive into this episode of the CarrotCast.

On this episode of the CarrotCast, learn how 3 real estate investors are crushing it using entirely different strategies.

1:30 – Quick intros. A little bit about Jamie, Rashad, and Blake.
7:10 – What type of marketing Blake is doing right now, why he was, at first, skeptical of online marketing, and how he pushed past that skepticism to close high double-digit deals in 2017.
9:50 – Snapshot of who Rashard Sullivan is and how he entered real estate.
13:15 – How Jamie got her start and some of her real estate investing failures and successes to build a 100+ deal per year business.
22:50 – Blake’s journey into real estate investing and some of his failures and successes.
27:25 – Examples of getting over your limiting beliefs. How these three real estate investors overcame their negative thoughts.
35:40 – For real estate investors, is age a limiting belief? Learn how Rashad has been able to overcome this thought.
40:00 – Within this specific state of the market, what are they doing for marketing?

54:30 – How to build a business that truly motivates you while balancing the moments that it is taking away from your life.