According to a study… “Customer testimonials and case studies are considered the most effective content marketing tactics”. In short, in a crowded market like today, great testimonials formatted the right way, can boost your leads and deals. They help add credibility in an untrusting world.

But before panic sets in, breathe. It’s not as bad as it sounds… well, it is, but it’s also an opportunity. It’s a chance to flex your real estate muscles, to stand head and shoulders above that semi-debilitating clutter, to be the solution rather than contribute to the problem.

Whether you’re an investor, buyer, seller, or plumber, what I’m going to teach you will apply.

I’m going to teach you how to build credibility by leveraging testimonials that shine.

A real estate testimonial is relaying a story from a current client to a potential client. The shorter, the better (unless you sacrifice quality). You don’t want an hour-long testimonial.

When a client has a great experience, let them share it. Potential clients experience shopping anxiety — you know, that feeling you get, before buying something, that says, “It costs too much. It’s not good enough. How do you know it’s what you want?” — and testimonials are one way of shooting down this discouraging devil.

The testimonial combats with, “Other people have worked with this company, and they had a good experience. I probably will too.”

Most people have testimonials useful for taking up website canvas, but little else.

To avoid spitting lousy devil killers, I’m going to walk you through the four levels of a quality testimonial. Unfortunately, most people are stuck in levels one and two.

The first level is your most basic testimonial:

If a level one testimonial is on your website, it’s best to take it down. It’s not helping. There’s no specifics. It doesn’t say what Mark did for you that was so great. It doesn’t say how Mark did it.

As if this lack of context isn’t enough, it doesn’t end there. The signature just says, “J.K.,” the client’s initials. Regardless of the fact that the testimonial is made a joke by the initials J.K. (if someone has these initials, don’t even get their testimonial…), initials, even without such inconvenient letters, are impersonal and will potentially create distrust in the viewer.

A testimonial doesn’t always help your reputation. Level one testimonials, particularly, can damage it.

Level two is better, but still in the sad zone:

“Mark did what he said he’d do, closed on time, and I refer him to friends. – John Kennedy”

It says that Mark is reliable, timely, and good enough to gain a referral. Clearly, level two is getting more specific.

Notice, also, that the testimonial used the person’s name, John Kennedy, not his initials. However, even with a real name and an honest, mildly-specific testimonial, skeptics abound. The more specific, the better… and fewer critics.

But specificity isn’t all that counts toward your level. Even if your testimonial is true — which I hope it is — you still have to convince people it’s true. It’s all thanks to that crowded real estate space where there’s no shortage of lies and deceit.

Unfortunately, in our world of “alternative facts” and reality television, being authentic isn’t enough. You have to convince people you’re authentic.

Well, level three and level four testimonials seem more believable simply because they include a visual and they’re a bit more specific:

“I inherited a house and couldn’t sell it, but found Mark online. I was skeptical, but their offer was fair, we closed on time, and I’d work with him again. – John Kennedy – Tampa Seller”

Viewers will look at an image or video and, immediately, the dud of a testimonial becomes impactful.

The image could be a picture of you and the prospect at the closing table or a picture of their face. It could be you shaking their hand or a short video of them talking through the process.

Your only goal is to make it real, to make it believable. Don’t forget to include a short bio for the testimonial giver; tell the viewer who’s recommending you. Even something as short as, “John Kennedy, Tampa seller.”

Here is an example of a good testimonial with an image of the client and the investor:

“Thank you for all your help and walking me through the mess I got stuck with. You explained everything and went over the contract step by step; never once did your answers change. You gave us all the information we needed and we could see you were serious about what you do. If someone asks if I know who could help them, I would not hesitate to name you as a reference as you are an honest person. Once again, thank you so much.”  – Louise R. Friel

If you want to climb to the testimonial pinnacle, make a video: a video of the whole process, of your client, recommending you, emotions and all.

Video captures something that text cannot: the human ability to communicate nonverbally. And that’s a powerful prospect.

Here is an example of a good “real” video testimonial:

Let me end with one final tip…

Don’t forget to set yourself up for success at the gate. When pursuing a testimonial, ask good prompting questions.

Here are some ideas:

To recap, these are the elements necessary for a killer testimonial. Check these off your list before posting.

Now that you have the tools to create share-worthy and clutter-killing testimonials, you’ll stand a few feet taller than the competition. Be thorough, be real, show pictures of properties and people, and your testimonials will crush it.

Go implement these principles on your own referrals, and let me know the results.

Don’t forget to check out our other Carrot whiteboard strategy sketches on our YouTube channel and our CarrotCast Podcast, which is our weekly podcast, as well.

About the Author – Trevor Mauch

Trevor is the CEO of Carrot and knows a thing or two about inbound marketing and generating leads online in the real estate industry. As an investor himself, he's generated tens of thousands of real estate leads and is a leading expert in inbound marketing for investors and agents. In addition, his true passion is helping entrepreneurs grow businesses that truly help you live a life of purpose.

View all posts by Trevor Mauch → 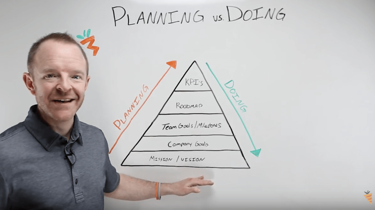 Planning Versus Doing: Why You Need a Bit of Both [Whiteboard] 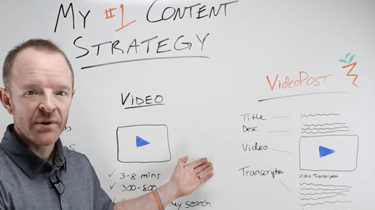 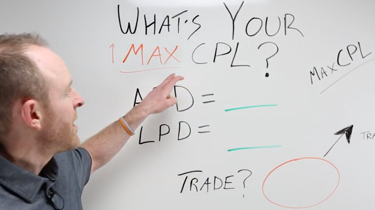 How to Calculate Your Max Cost Per Lead [Whiteboard]