Radical Candor by Kim Scott is about exactly what you would think. It’s about having difficult conversations without ruining relationships – saying hard and radically honest things without being a jerk.

And at Carrot, we decided to read it as a team. That’s right, all 20 of us. Not because our team has trouble with being jerks to each other, but because communicating is hard.

Some people with great ideas avoid speaking up.

Other people speak up too much.

And some people speak up but do so in the wrong way.

Naturally, this all depends on the context of the situation and the personality of the individuals. Different people will speak up at different times. However, they won’t always speak up with a great idea when it’s the ideal time for the business.

So, how can a business like Carrot (or your own) create an environment with enough trust and humility to allow hard conversations to happen? It’s exactly that question that Kim Scott set out to answer when writing Radical Candor. And while we haven’t totally figured it out, here are three things we learned that might benefit your own team.

1. You can have a meaningful relationship with your boss

A stigma exists around employer-to-employee relations. On the bosses side, traditional advice says, Don’t get too close to your employees or you won’t be able to have difficult conversations with them when the time comes.

Similarly, for the employee, traditional advice says, Don’t show your real self to your boss or you might not get that next promotion. Always pretend to be perfect.

And the reason advice like that lives on is simple: difficult conversations between bosses and their employees are imminent – there’s no way to avoid them. Since most people know that, they try to avoid having authentic and meaningful relationships with their direct authority so as to not make already uncomfortable situations even more uncomfortable.

Oddly enough, though, that lack of relationships actually does more harm than good. Think about it: when you know someone really well, do you communicate better or worse with them than with someone you don’t know very well? Better. Sure, you have more skin in the game – which means more emotional risk – but both people are also more committed than they would be otherwise.

More committed to seeing the business grow, to working things out, and to overall excellence. Not because they are trying to please someone, but because they enjoy the place that they work.

Here’s what Brendan Holmes, our SEO and Content Coordinator, had to say about this point.

“I learned that openness within teams can have a very positive affect on communication. I was a little bit more open about my feelings on certain topics during Q1, but I was more aware of trying to be more engaged with some members of the team about their personal lives. Trying to connect more outside of our day-to-day work.”

2. You’re probably not having enough debates before executing

At Carrot, most of us would prefer to debate a product design or issue for a week and then move to execution. Most of us are the get-sh*t-done type of people. We want to move and we want to move fast.

But Radical Candor reminded us that, while execution is important, prefacing that execution with plenty of healthy debates and arguments is equally important.

After all, with each debate and argument (done in a healthy environment), the product gets just a little bit better.

Here’s Alex, our Technical Marketing Expert, on this topic:

“My biggest takeaway was the author’s diagram for how to have radical candor in the decision process. Normally, I would think about going from debate to execution. But she dos a great job of showing the additional steps
of deciding and persuading before executing. It forces you to slow down and really listen and clarify to each other what is being debated.”

3. Specific praise and criticism are essential for personal growth

In my time as a writer and content marketer, I’ve heard two types of praise.

First, Wow! This article is really amazing, but could you change the middle section? I don’t think it’s clear.

Or, I just don’t like the article. It’s not working for me. But I think you did a nice job with including our business!

Unfortunately, neither type of feedback is helpful. And the reason is simple: they’re too vague to inform me of what I’m doing right or what I’m doing wrong.

If I tell you to bake a cake and then I tell you that I don’t like the cake you baked, so you should change it, what are you going to change? Well, if I’m your boss, then you’re probably going to take a guess as to what I don’t like and try to change that – more than likely, completely rebaking the cake. Maybe, though, all I meant was that I didn’t like the frosting, but the cake was perfect. Now, we have a serious problem.

This is why, as a boss or an employee, giving feedback that is specific and clear is absolutely critical for the growth of individuals within the business.

“My biggest takeaway was to be as specific and thorough with praise as with criticism. This is a challenge that I’ve taken outside of the workplace and into my friendships, my relationship with my husband, and with my family. I have brothers that are in high-school and they tend to do stupid stuff… So I’ve made it a point to praise and compliment them more than I critique their nonsense. :) There were so many things that I learned from this book, but that’s the snippet that I won’t forget.”

That’s just a highlight of what we learned from reading Radical Candor. We learned much more, of course. But it’s difficult to fit all of it into one blog post. If you’ve read Radical Candor, then let us know what hit you the hardest in the comments. And if you haven’t read it, then pick it up. It’s an awesome book and it might even change the way you think about your business relationships. 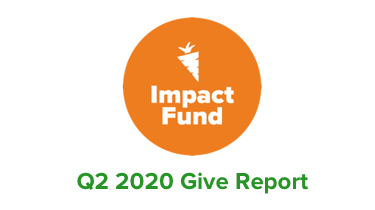 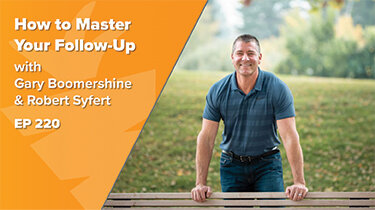 EP 220: How to Master Your Real Estate Follow-Up with Gary Boomershine & Robert Syfert of RealEstateInvestor.com 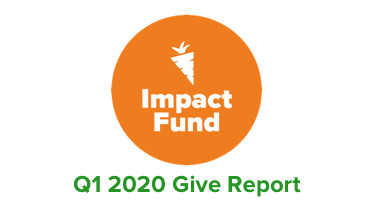